Efficiency, accountability and trust: Connecting a remote workforce over Teams

Covid-19 was a wake-up call for premium meat supplier First Light, but its business was quickly propelled forward using tech that – they discovered – had been with them all along.

For a brand that has won acclaim around the world for its ingenuity – taking Wagyu cattle, traditionally farmed in pens and fed grain, and raising them in New Zealand, on grass – First Light was a Kiwi business very much wedded to the old way of doing things.

The company employs around 35 staff in Hawke’s Bay, has 12 based in other centres, including in offshore locations, and works with 170 farmers dotted around the country supplying prized Wagyu beef and venison to hungry mouths across the globe.

“If we needed to talk to a retailer in the United States, we’d fly there and see them,” says CEO and co-founder Jason Ross. “Or if we were interested in a new supplier, we’d drive to their farm and have a cup of tea with them. It was a face-to-face business. And it worked just fine, but it was expensive, inefficient, and long on human capital.”

Microsoft Teams was, Ross admits, underutilised. “It was really just a shared receptacle for documents.” Meanwhile, management were travelling 14 hours to meetings, “and then sitting in office foyers, waiting for customers whose previous meetings were running over.” In his role as CEO, Ross was himself spending 150 days a year in the US, First Light’s priority market. 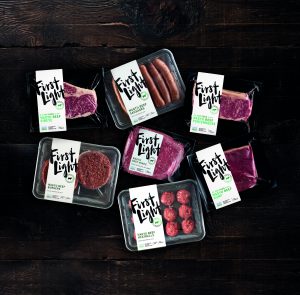 It was early in 2020 that Ross became uneasy about what was happening in China. Business contacts were describing the indiscriminatory new virus in town, Covid-19, and Ross knew its trajectory to New Zealand was inevitable.

Travel would soon be off the cards, and Ross realised he needed to harness Microsoft Teams’ full capabilities and upskill his staff.

“We went out and bought a heap of laptops to test the system well in advance of potentially needing to work remotely. We wanted our staff to get comfortable with it, fast, so we sent them home department by department so that they would have to hold their team meetings virtually. By the time lockdown arrived, we all knew what to do.”

Next, First Light worked to get their farmers on-boarded. Farmer meetings were conducted in groups over Teams, rather than around kitchen tables. “That was one of our biggest changes – and the attendance rate of our farmer meetings rose from about 50% to over 80%. Previously, we’d see numbers drop when weather got in the way, or the timing wasn’t right to fit in around farm activities. On Teams, we could time the meeting for when we knew most farmers would be at home – lunchtime. They could sit there with their sandwich for an hour, and it cost us less – no venue hire, no catering, no projector to try and locate.”

At the same time, Ross’s team encouraged all farmers, as well as their local and international retailers, to join the company’s community app – a white label enterprise communication tool that works like Yammer or Workplace to connect all parts of the business ecosystem via chat, posting and sharing. GM Sales, Ryan Bell, who is based in California, says it’s been eye-opening for the retailers, used to selling grain-fed beef, not grass-fed New Zealand Wagyu, in the US. “Customers like the transparent communication. One retailer, Dylan at (upmarket grocery store) Berkeley Bowl, tells me he particularly enjoys seeing the images of the farms, and the cattle eating grass.” 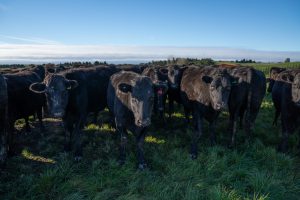 The overall results from Teams and the app are major for First Light. “We can now run the company from our spare bedrooms,” tells Ross, “from farming animals, to processing, marketing and shipping meat. We didn’t ever suspect we could do all of that remotely. It was quite a learning.”

Ross and his team also note the many unforeseen benefits of holding meetings over Teams. “People turn up on time,” says Ross. “And I believe the virtual world brings with it much more accountability. If you have a question about a piece of work, you can ask for it to be screen-shared via Teams to take a look at.”

Charles Jenkins, GM Operations, agrees there’s been a shift. “During in-person meetings some people can be very quiet, but with virtual meetings I have noticed people are more likely to add value with their input.”

During lockdown, that input became even more crucial. First Light management set the staff a lofty goal – to complete 80 big and small projects within 56 days. Cross-business teams were formed and productivity, says Ross, was at an all-time high.

“Teams was critical – it was the portal for all the information everyone was working on. Anecdotally people have told me they actually spent more time talking to colleagues they didn’t know so well on Teams than they ever had working in the office. There’s better access to one another – you can see when people are online and available.”

Today, First Light’s business is streamlined by using Teams. In fact, Ross says, when the company tried to return to face-to-face meetings post lockdown “it became starkly obvious how inefficient they were!”

“We faced huge challenges over Covid,” concludes Ross. “Everyone did.  But our business has also been pushed forward by the experience.”

Fiona Fraser spent 18 years as a journalist and editor before founding Contentment Agency, her content and public relations business. From first getting behind a radio sound desk as a teenager, to thrashing podcasts as an adult, she appreciates the myriad ways tech can enhance communication and connection.

Microsoft is a technology company whose mission is to empower every person and every organisation on the planet to achieve more. We strive to create local opportunity, growth, and impact in every country around the world.

Wearables for social distancing – what will it look like, who will use them?